Does my ute need fog lights? 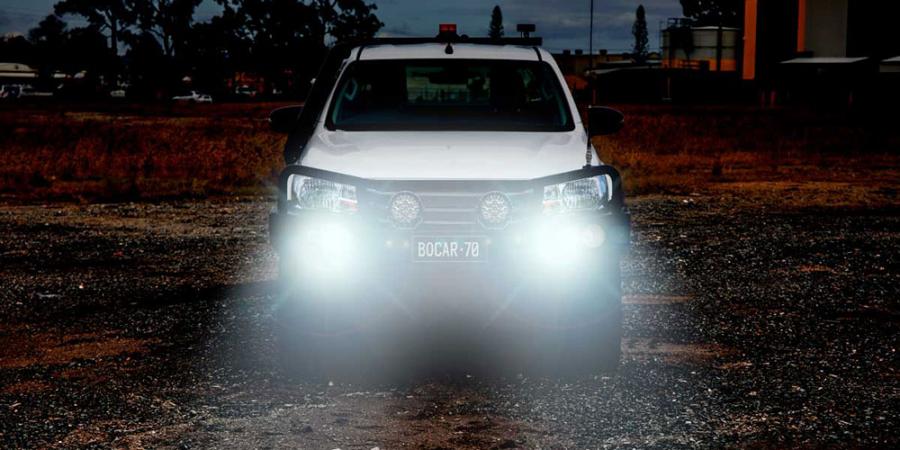 If you are in the process of customising your ute, you might be tossing up whether to invest in fog lights. In this article, we’ll explore the ins and outs of fog lights so you can make an informed and safety-conscious decision. Then, we’ll explain when to turn your fog lights on and what happens if you use your fog lights illegally. Let’s get started.

What are fog lights?

Fog lights are specialised lights that differ from standard headlights and high beams. They emit a horizontal band of light across the front of a vehicle. A purpose-built shield within the lamp stops rays from shining upwards. The resulting light illuminates the road, much like a torch.

How does this help in foggy conditions? Fog hovers close to the ground, whether it’s a crisp morning or frosting evening. By directing the light down toward the road, the light does not shine into the fog and reflect off it – this would result in poor visibility. Instead, the driver can see the road clearly.

Fog lights improve safety during foggy conditions, but they impede overall visibility and should not be switched on all the time. Almost every state and territory in Australia has harsh fines for driving with fog lights in clear conditions.

Where are fog lights positioned?

Initially, fog lights were installed below the vehicle’s front bumper. Fog is thinnest closest to the road, so shining the light underneath the bulk of the fog would result in maximum visibility. However, fog lights positioned low to the ground quickly became damaged on gutters or by debris and stones.

Today, fog lights are positioned higher off the ground. The specific location depends on the vehicle and fog light design.

When to use fog lights

Fog lights are essential if you regularly drive in the early mornings or late nights or routinely encounter fog. As the name implies, fog lights are intended to be used during foggy conditions. Made of little water or ice droplets, fog is essentially a low-lying cloud.

Fog lights can also be used legally during other situations where visibility is limited due to the weather – day or night. For example, you might switch your fog lights on during heavy rainfall, among fire smoke or dust, or during snowfall (although, here in Australia, snow is rare).

If you are unsure whether turning on your fog lights will improve visibility, you may prefer to rely on your low beams. States and territories enact strict laws against using fog lights when not needed. Here’s a brief state-by-state breakdown:

For the latest information, check with your local road authority.

Ready to light up the road with top-quality ute fog lights? We have you covered. Our genuine Bocar LED fog lights feature a single 5W LED light projected into a multifaceted free-form reflector. Engineered to cut through mist and fog any time of day or night, this reliable ute accessory will help keep you, your passengers, and your gear safe.

Shop genuine Bocar LED fog lights now. Or, if you have any questions about our range of ute accessories, get in touch. Our team would be happy to point you in the right direction.